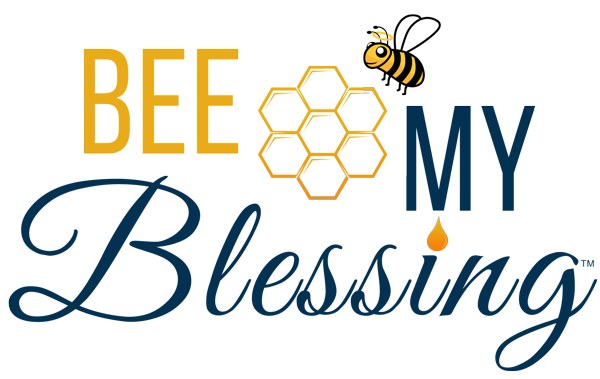 The Dream at Magdala Story

The Dream at Magdala is the story of how Bee My Blessing began:

I did not have a single dream that I could recall for a period of ten years. I thought nothing of it throughout those years; that is, until I was on a trip to Jerusalem with Tonya and my Mom. It all began on our third day in Israel, when we visited the ancient fishing city of Magdala on the coast of the Sea of Galilee. It was a large fishing village famed by Mary Magdala, the disciple (and later, female apostle) of Jesus Christ.

We arrived on a Friday night, and stayed in a beautiful hotel, owned and conceptualized by Antonio Fernandez Rodriguez, CEO of Grupo Modelo. That night, as my mind relaxed, I drifted off to a most peaceful sleep, and for the first time in over a decade, I dreamed.

The experience was as real as if I were awake. I dreamed that I was walking on a sidewalk in Magdala, and as I looked down, I saw a centipede. Without hesitation, I picked it up with my left hand. It immediately stung me on my left forefinger between the first and second knuckle. My hand began to swell as we walked, and I wondered whether I should tell the guide. As I kept walking, still pondering how much it would continue to swell, I saw another centipede. And again, without doubt, I picked it up, this time with my right hand.

I lifted the centipede into the air to show it to the group of people we were traveling with, and explained that I had just been stung earlier by another one. As I showed it to them, this one stung the forefinger of my right hand! After the swelling subsided on both hands, I walked around rubbing three bumps on each forefinger with my thumbs. I thought it might possibly relate to the Trilogy, but I wondered if it meant something more.

Later in the dream at Magdala, my surroundings had changed, and I was at my Grandpa and Grandma’s house in Cartersville, Georgia. I was with a friend in a purple truck, and we were laughing hysterically at something I had said. I exited the truck and walked onto the front porch, reaching for the screen door. As I looked down at the welcome mat, I saw a shiny penny, heads up. I reached down and put it in my pocket as I said, “It’s going to be a great day”. Then I woke. It was 6:00am, Jerusalem time.

After breakfast, our group was scheduled for a tour of an ancient first century village and synagogue that was discovered during the construction of the hotel. According to historians, there is no doubt that Jesus the Christ would have learned and taught at that synagogue. As we walked out the front door and headed toward the entrance gate to this archaeological site, I noticed a honeybee on the ground. I instantly stopped, fascinated that I would run across one in Israel.

Several people gathered around to see what I had picked up, expressing great interest, which is something I have noticed to be universal with honeybees. As I was sharing my fascination for bees with the crowd, the wind blew it out of my hand. I immediately reached down to catch it with my left hand (very strange because I am right handed), and it stung the forefinger of my left hand! 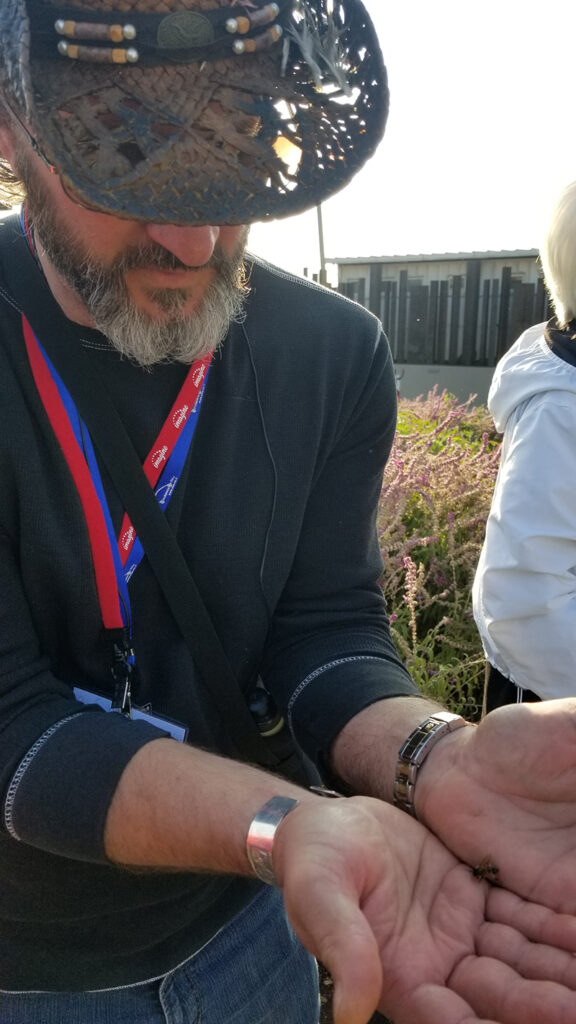 I never mentioned it to anyone, but as we sat listening to our guide explain the ritual baths, called mikvahs, my hand continued to swell. It was at that moment that I remembered my dream, especially the part about telling the guide about my swollen hand! The irony was remarkable, but the significance of the dream was only just beginning.

After our first tour, we took a bus to the northernmost part of Israel on the Syrian border. We walked through the national park toward the ancient ruins and archway in Tel Dan, a 4800 year old city. According to our guide, Abram (Abraham) would have walked through this arch or gate, which is the oldest man made arch on earth. On their way to the ruins, a honey bee flew in front of me. I wandered away from the rest of the group until I located a wild honey bee hive near the eaves of a storage shed. The meaning of this discovery was not lost on me, but still…the story continued to unfold.

Later that same day, we were baptized in the Jordan River. It was a moment I will always remember, and the pinnacle of this incredible day. My conscious prayer before walking into the river was that all the fear I had ever felt (or ever would) would be washed down the Jordan, and into the Dead Sea, where it belonged. Though this part of my story doesn’t directly relate to bees, I can’t ignore the significance of our baptism on this same day.

The next day, as we continued our tour, we visited the Valley of Elah, where David slew Goliath. As I was searching the ground for small stones to take home as souvenirs of our trip, I was stung by a nettle on my right hand. As it began to swell, I found myself rubbing the small bumps on each forefinger with my thumbs. I could feel the bumps from my dream!

When we returned home it began to settle in that the dream, the bee sting, and finding the wild hive in Israel were all a sign. I needed to build a honey bee apiary on my Grandparents’ property that I had purchased in 1988. The more I pondered it, the more it began to take shape in my mind. My Grandpa and I had researched everything from a tree farm to organic fresh water shrimp, but had never attempted any of those endeavors.

It was abundantly clear that I was being called to combine three passions in my life: my success in business, my love for honeybees, and my desire to be charitable to mankind. The idea is to create something even better, maybe something the world has never seen before. And if I could do that on my Grandpa’s farm, it would be the greatest honor I could give him.

A week later, I was at my regular Tuesday night event. Before we began, I shared my dream and my experience with some friends, as well as the plans for the apiary that I now felt compelled to fulfill. They were all amazed that out of dozens of incredible, nearly miraculous experiences we had in Israel, I would focus on my dream and how it had literally unfolded in real life. For me, it was a miracle not only because it was the first dream I could remember in over a decade, but because it had come true nearly step by step and was leading me to my destiny. 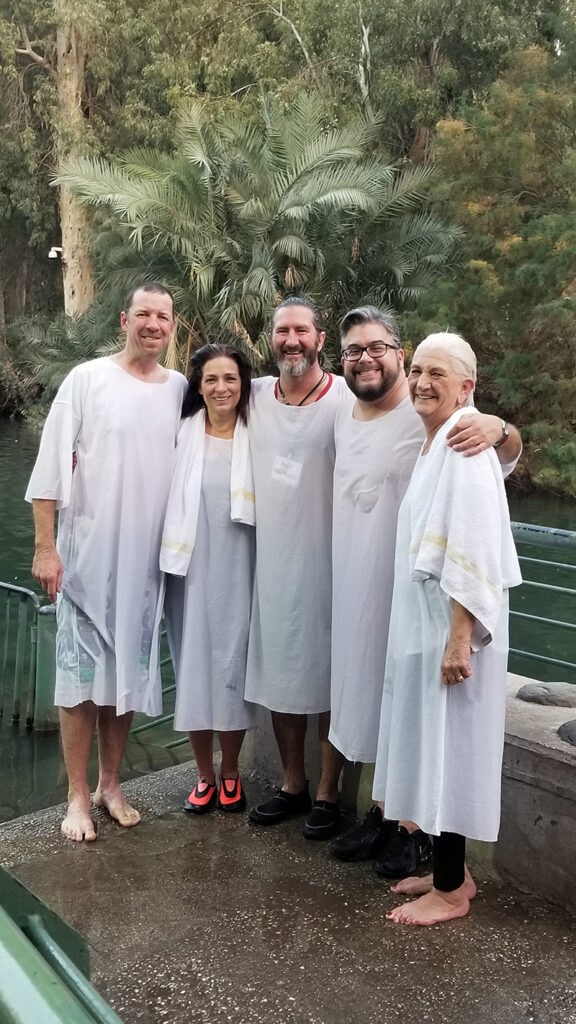 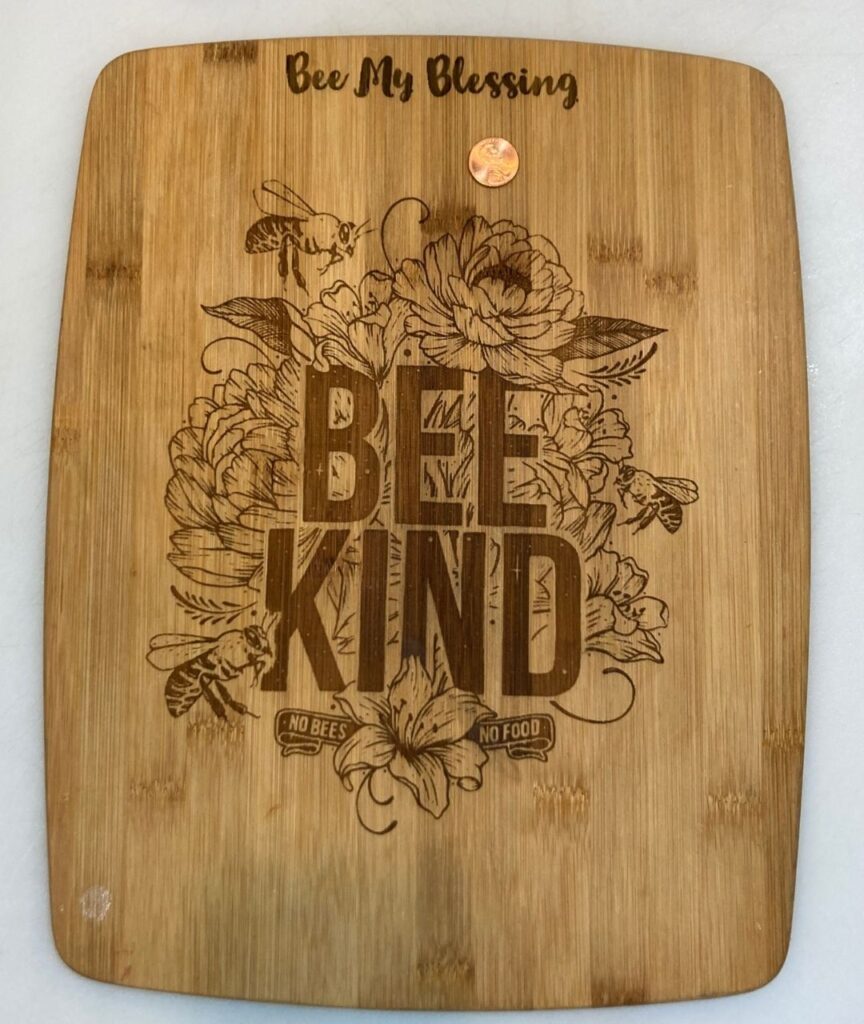 Playfully, one of them said, “When did you find the penny?” I said, “I didn’t”. “Well”, he chided, “it won’t happen because you didn’t find the penny!” I replied, “I am convinced it will happen and I will not be deterred!” We laughed and walked out into the auction arena. My clerk, who’s name ironically happens to be Faith, was in front of me as we climbed up on the auction stand. Right behind her, I pulled my chair out, and there on my seat, which had not been touched since the previous Tuesday, was a shiny new penny…heads up! Knowing I was right behind her as we entered the stand, I picked it up and asked her, “Did you put this on my seat?” With a look of genuine surprise, she exclaimed, “It’s the penny from your dream!!” I nodded with a confident and knowing smile. I have that penny to this day.

The gravity of the miracle of my dream became concrete two years later when Tonya and I bought a place on the New River in Galax, Va. It was a great blessing, partly because it was our friends, Tony and Jeanie, who helped us find it, but mostly because it has been one of Tonya’s lifelong dreams. What makes it so magnificent is that we bought it from Dennis Dixon, the man that was raised in the home, and who still lives next door. He has become a great friend and, more poignantly, drives a purple truck the exact color as the one in my dream!

After that trip to Israel, I knew with certainty that my dream of a large honey bee apiary on my Grandparent’s estate would become a reality. The first dream I’d had in ten years had come true piece by piece, leaving no doubt as to its purpose. My prayer has been for God to grow our honey business as a “not for profit” for local charities, mission groups, high schools and positive youth organizations. 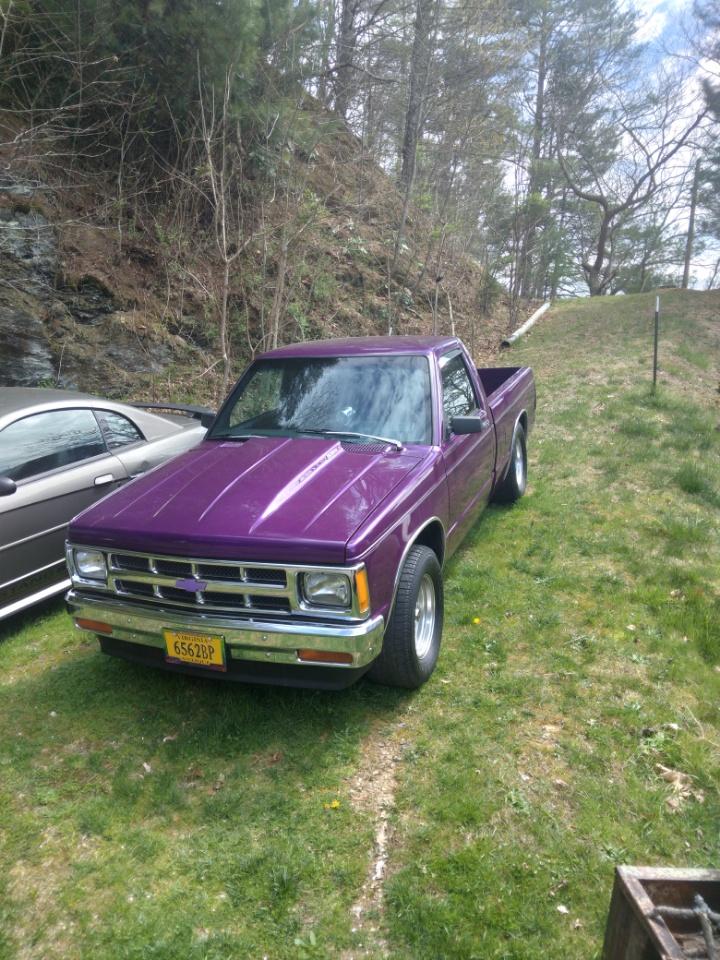 Needless to say, I believe the dream at Magdala was a foretelling of Bee My Blessing, and I move forward every day in the direction of that belief, alongside a team of Bee My Blessing believers. I can tell you with all certainty that God kicks open doors and throws open windows every day in proof of that belief. Join the movement, my friends. We are just getting started.

For more information on Bee My Blessing, visit our Frequently Asked Questions page.